Floyd
May 22 edited May 22 in Advice Tutorials

A turbo suction tank filter can remove fish waste from water. It is also known as fish waste filter & adding it to the aquarium is very vital. It can be operated using an air pump & offer mechanical & biological filtration. I have tested tank filter that is operating in my spare aquarium which contains only aquatic plants & then I shifted this filter to my aquarium with gold fish. 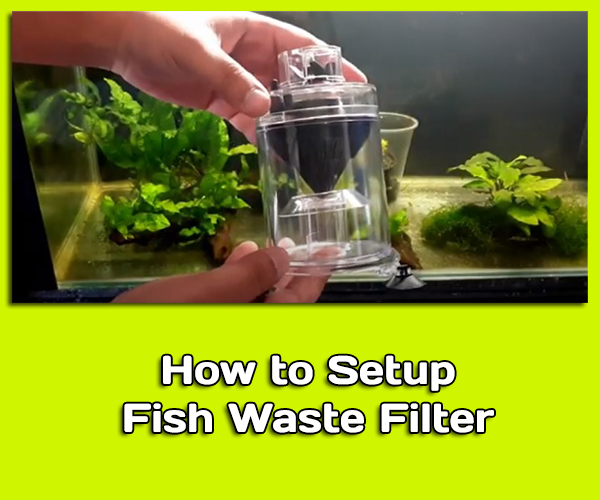 Setting up fish waste filter is simple. My tank does not contain gravels & I added this filter to the  bottom of aquarium using suction cups. One terminal of the air tube is attached to air pump & the other terminal is attached to tank turbo filter. According to my observation, aquarium turbo filter can work fine if aquarium water has disturbance. The disturbance could be produced from aquarium main filter or fish when they swim in water & stir up fish waste sitting at the bottom. After stirring up of fish waste, the filter will start collecting it inside the chamber.
Have a look at setting up turbo suction aquarium filter in a video below: 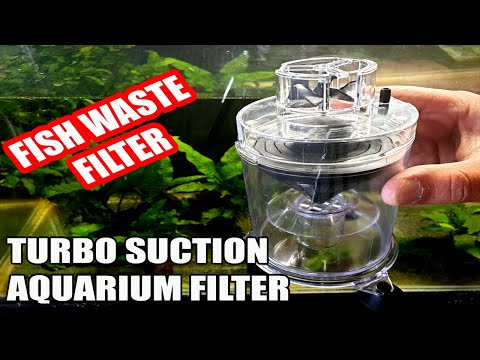 Using this filter efficiently will require cleaning it after a week if the bio load of the aquarium inhabitants is in large quantity in the tank. Gold fish produces large amount of waste. According to my observation, the waste produced by inhabitants start to clogged up the filter after ten days of operation & efficiently was reduced by seventy-five percent. I did not clean my filter for more than two weeks in order to check its efficiency.
If you think there is too much fish waste in water, then add this filter to your tank. Also if your current filter can’t clean fish waste then it is always a good idea to use this filter. It can aerate the aquarium & assists in circulation of water & gasses exchange.

The new design of this filter produces water cyclone inside & attracts waste from aquarium water where it sits at the bottom of tank. Turbo aquarium filter gathers fish waste & collects it in the base of aquarium filter where it is trapped until cleaned. The water passes through internal bio cartridge which contains hundreds of mini quartz bends which contain billions of good bacteria & returns to the tank.

When you have fish in aquarium then their waste will release ammonia. Large quantity of ammonia is dangerous for inhabitants. To avoid this problem, it is recommended to have a fish waste filter & clean it after a week for high efficiency. If lower number of inhabitants are available in water, then they will produce less waste & quantity of ammonia will be lower.

Ammonia spike occurs when water have high concentration of ammonia. Often the reason behind ammonia spikes is overfeeding or death of fish; fish waste can also produce ammonia. All organic metabolism can generate nitrogen waste, & large quantity of ammonia is produced when higher concentration of organic matter is decomposed. Water change is required to take ammonia out of the aquarium but if you have a filter that can provide mechanical & biological filtration then your aquarium can run well for over a week without needing water change. 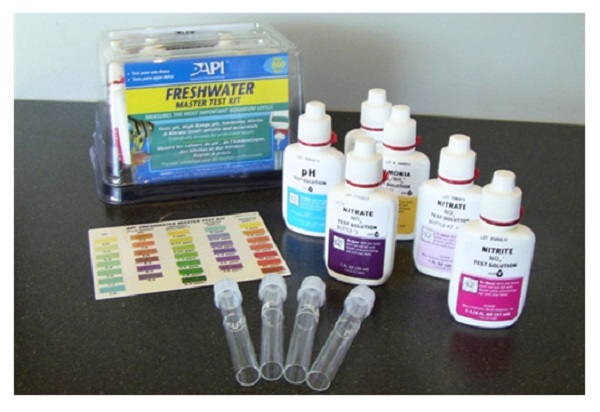 Higher variations on water pH can put higher stress on inhabitants. If fish are stressed, then they are more vulnerable to different sicknesses. 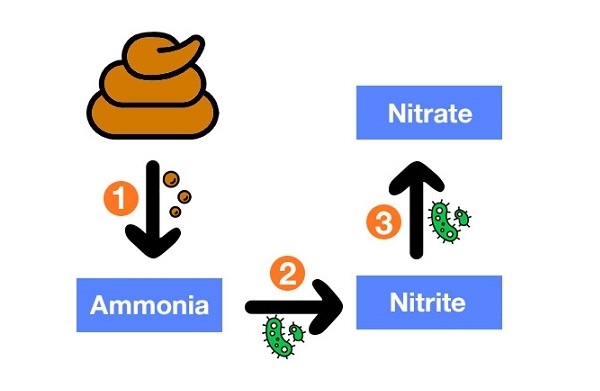 Ammonia is converted into nitrites which is less toxic than its parent form. If quantity of nitrites is higher, then it is recommended to perform a thirty percent water change.

It is better to monitor your fish behavior that can help you in learning how to solve bigger problems in advance. Your fish can show strange behavior if they are stressed such as: 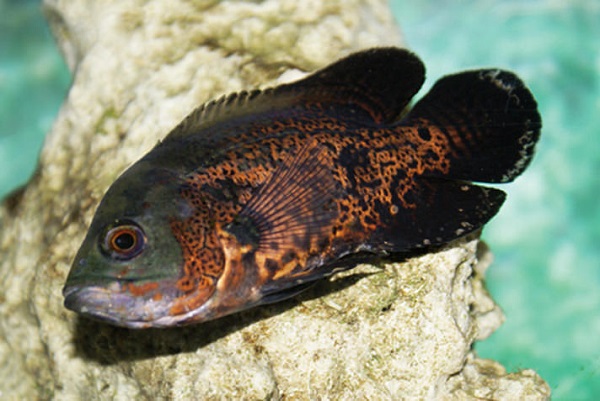 Ammonia conversion into gaseous nitrogen which escapes into free air:

The 3 main poisonous compounds in your aquarium are ammonia, nitrite & nitrate. Ammonia is the most dangerous of all, then it is converted into nitrite which is less dangerous than ammonia but in higher concentration can prove deadly. Nitrite is converted into nitrate which is less toxic than nitrite & can be removed with water change.
We need a biological filter to speed up this process. Biological filtration is the most important of all types of filtration & lack of this filter can cause death of many fish. Mechanical & biological filter can wipe out toxic compounds from tank that are caused by inhabitants’ respiration, fish waste & leftover food.

Biological filtration breaks down ammonia into Nitrosomonas which is a beneficial bacteria. After absorbing oxygen & ammonia, Nitrosomonas is converted into nitrite which is less toxic as compared to ammonia but still dangerous & can prove dangerous for inhabitants even in low amounts. Nitrobacter is another good bacteria which absorbs oxygen & it converts nitrite into nitrate which is less dangerous as compared to nitrite. The beneficial bacteria that converts ammonia into nitrate is called nitrifying bacteria. Another bacteria consumes nitrate which grows in areas that are oxygen free & requires low oxygenated still water. Another bacteria consumes nitrate & it grows in oxygen free regions & requires low oxygenated still water for its growth. The good bacteria can be found in highly elaborate filtration system & inside live rocks that changes nitrates into nitrogen which is a gas & it escapes.