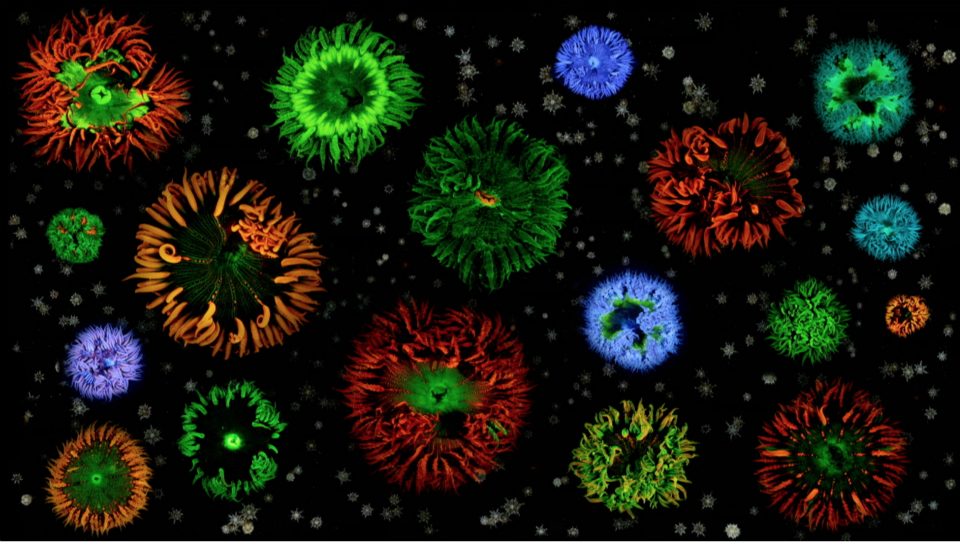 We are pleased to present Coral Morphologic 2, an album of nine records inspired by the corals’ cosmic ability to synchronize their lives to Earth’s daily rotation upon its axis, the Moon’s monthly trip around Earth, and Earth’s yearly orbit of the Sun. CM 2 was written, produced, and mixed by Coral Morphologic and mastered by Adam McDaniel at Drop of Sun Studios, Asheville NC. The album features artwork by Robert Beatty, and the ‘Poster Edition’ of the album includes an 18″ x 24″ poster version of the album art, while the ‘Print Edition’ includes a set of nine 5″ x 5″ Coral Morphologic photographs representing each track on the album. Pick up CM 2 in digital and poster / print editions @ https://discosomarecords.bandcamp.com/album/coral-morphologic-2 Coral Morphologic 2 by Coral Morphologic Tags: ambient, Coral Morphologic, Drop of Sun Studios, Robert Beatty, soundtrack This entry was posted on Friday, September 4th, 2020 at 11:18 am and is filed under Music. You can follow any responses to this entry through the RSS 2.0 feed. You can leave a response, or trackback from your own site.