More shipwreck images: what does a UK wreck look like? 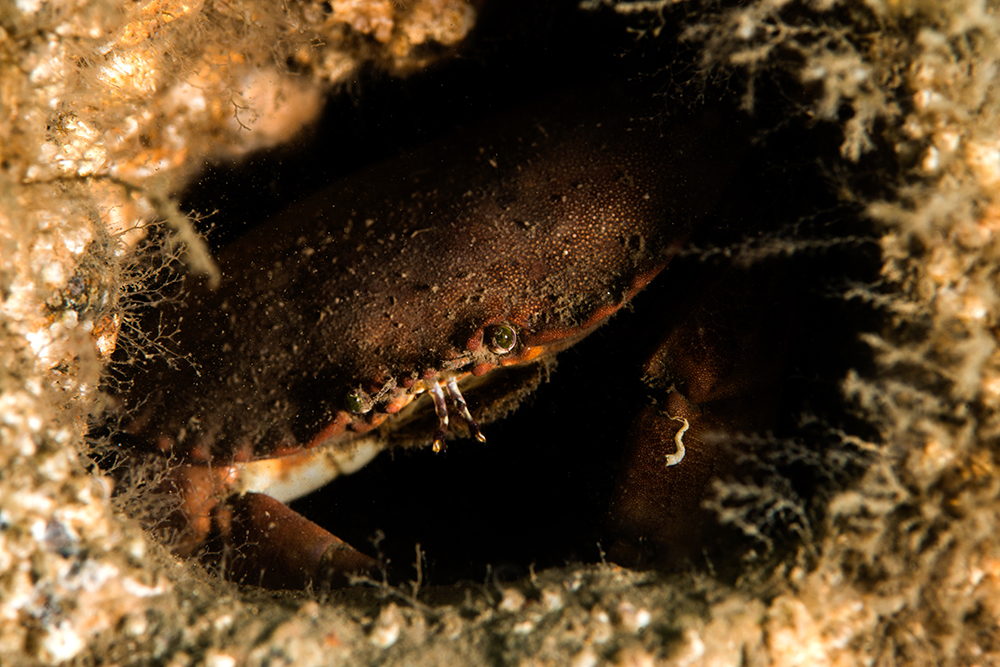 Diving and taking underwater images off the UK coast is not always easy; our relative exposure to storms from the west and east make much of our coastline a little rough to say the least.  In most cases shipwrecks are severely broken up and hard to identify, yet they contain some amazing and often fragile marine life. 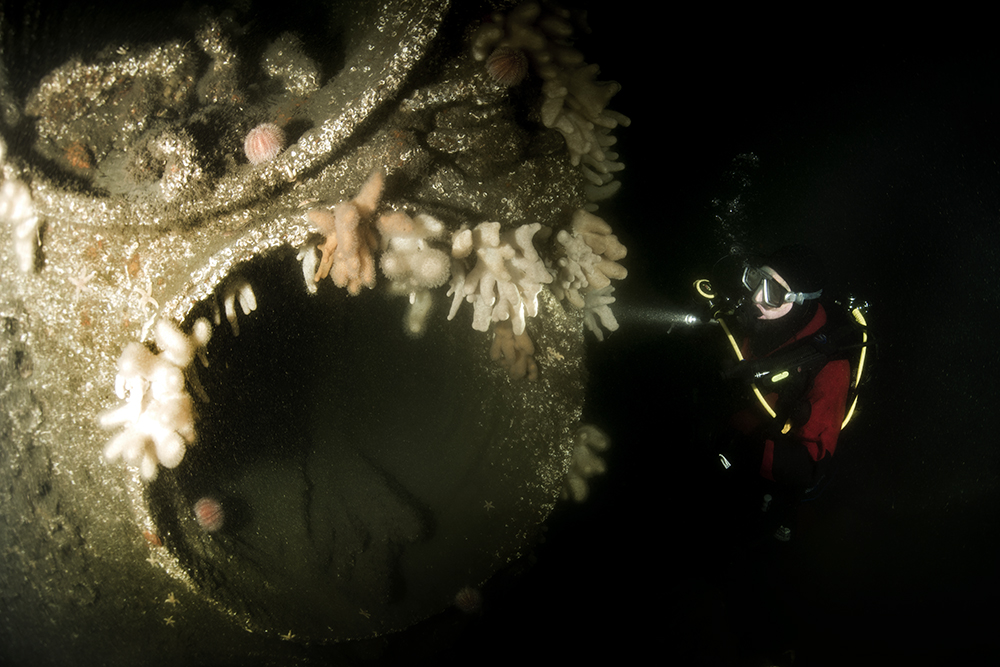 As an island nation the UK has thousands of wrecks around its coast.  Many wrecks resulted from severe weather, some from war time, few remain intact thanks to our stormy seas.  Very often just the most massive and solid objects survive, resting on a seafloor littered with jumbled plates of metal from decks and hull alike.  In the image above, taken at around thirty meters, a diver explores components of the ship's engine.  As you can see the water is dark and silty and we had a narrow window during the tidal cycle to complete our dive.  Despite the harsh conditions the wreck is covered in life, in this case a soft coral, Alcyonium digitatum, gvruiesomely known as Deadmen's fingers. 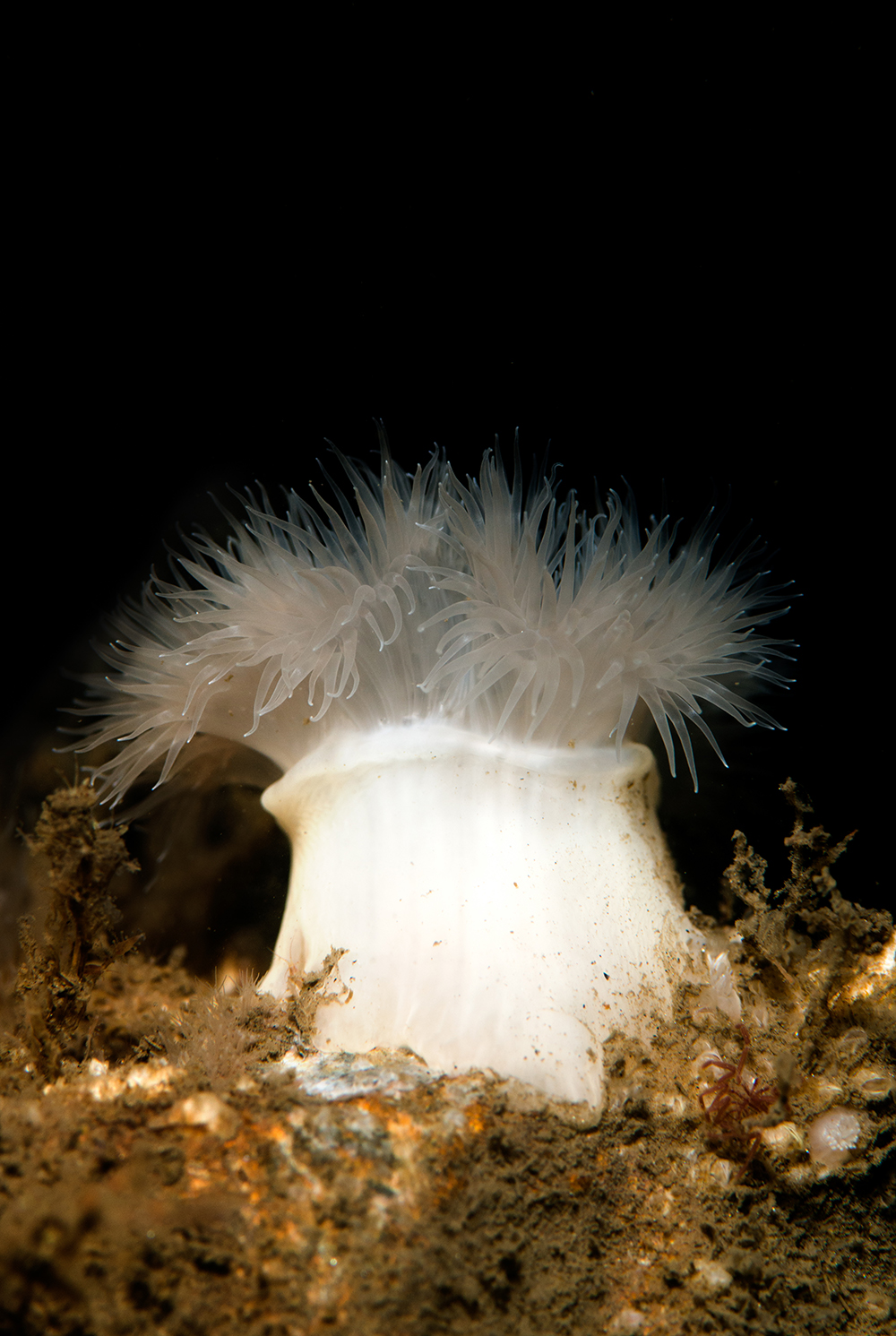 a delicate plumose anemone braves the strong tides and storms.[/caption]

If I'm honest I much prefer the warm clear waters of the tropics, but on occasion a UK wreck can be very appealing.  In the image below, on a slightly shallower wreck you can see another ship's boiler.  The fire tubes at the top of the image are filled with an array of animals including the crab seen in the main image.  Also note that the water column is a rich green when uncorrected in post production.  a magenta filter over the camera lens can also remove this color cast if desired. 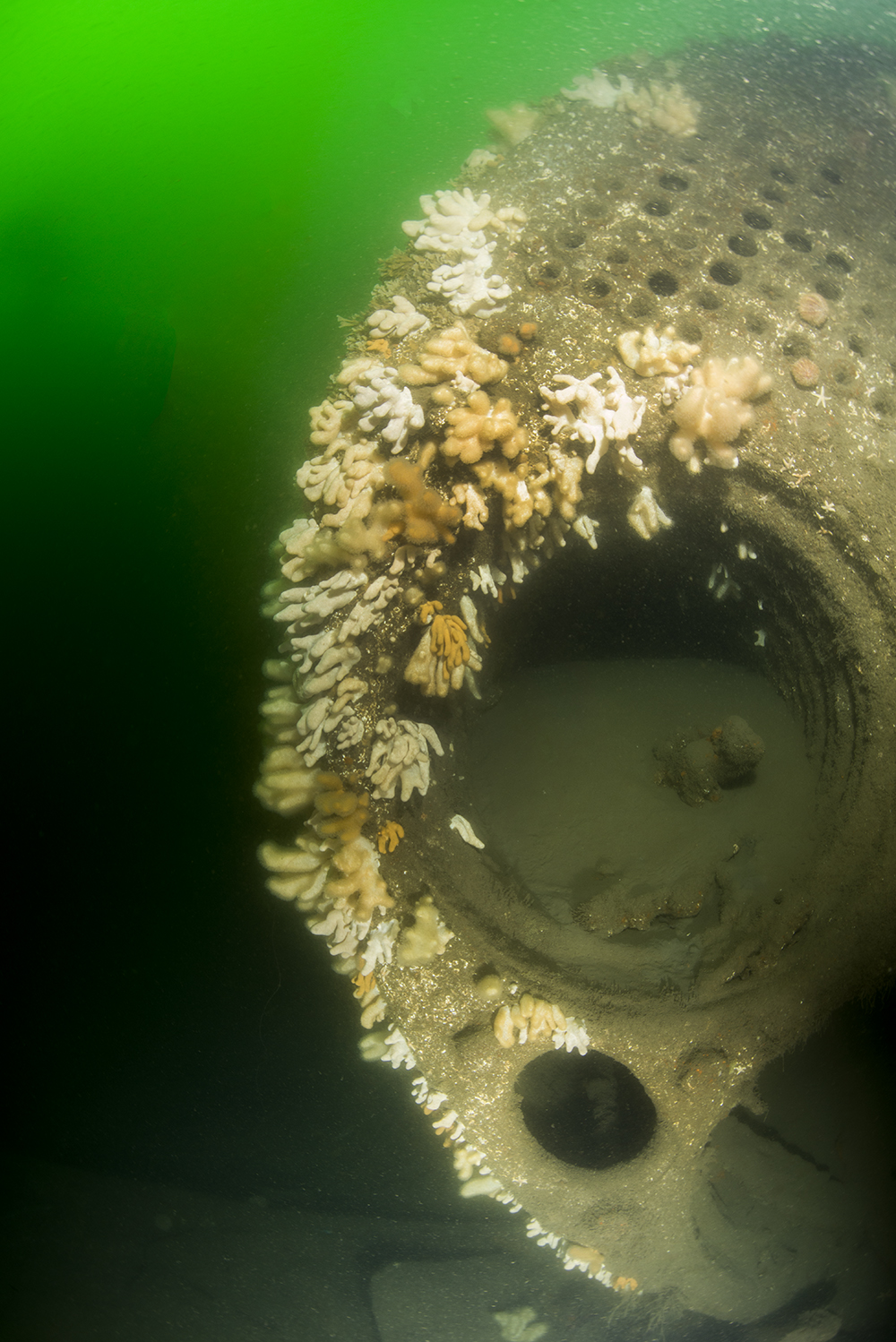 The deadmens fingers is looking quite gruesome here, yet up close it is quite beautiful.[/caption] 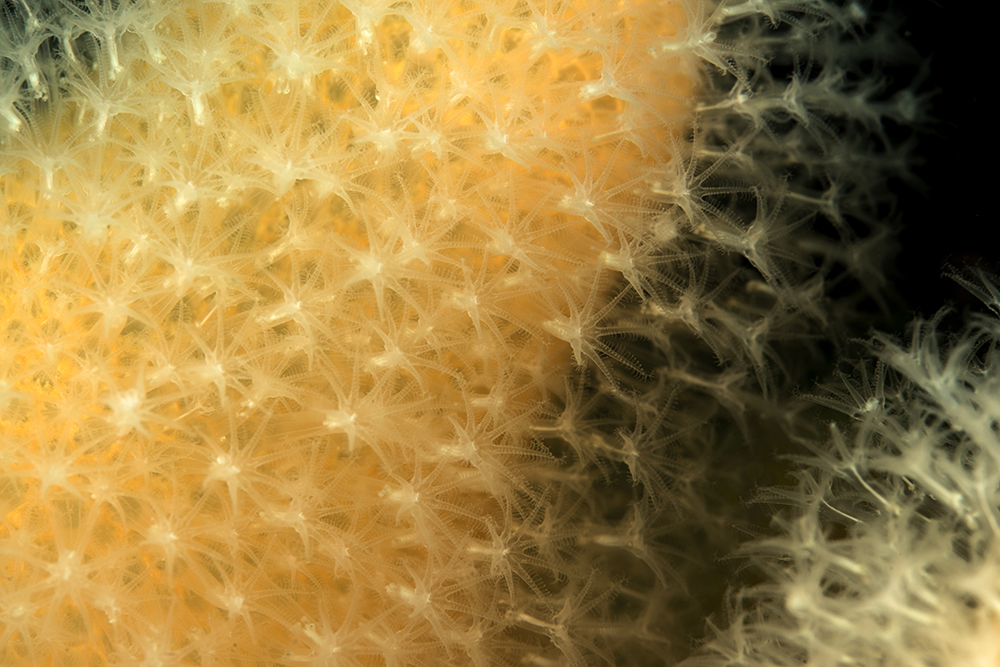 Navigating around these wrecks can be quite difficult, especially when the visibility is reduced to only a few meters, so it is handy when useful objects like anchors appear out of the gloom. 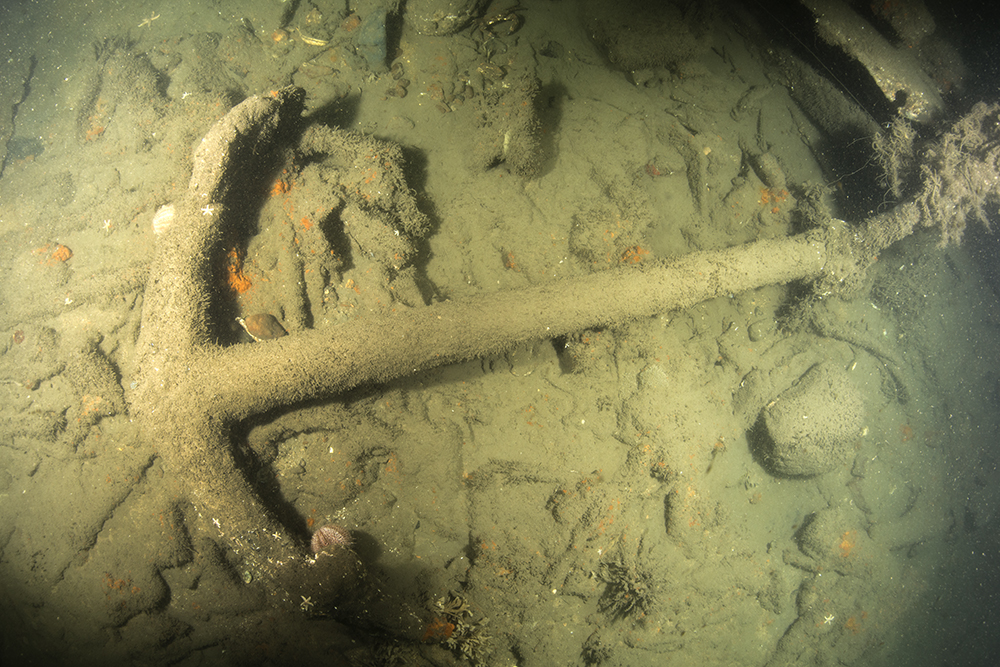 As you can see, the sea floor is not as attractive as the Med or the Indo Pacific, yet the wreck is teaming with life, from sunstars to delicate nudibranchs, thriving, seemingly in spite of the harsh conditions. 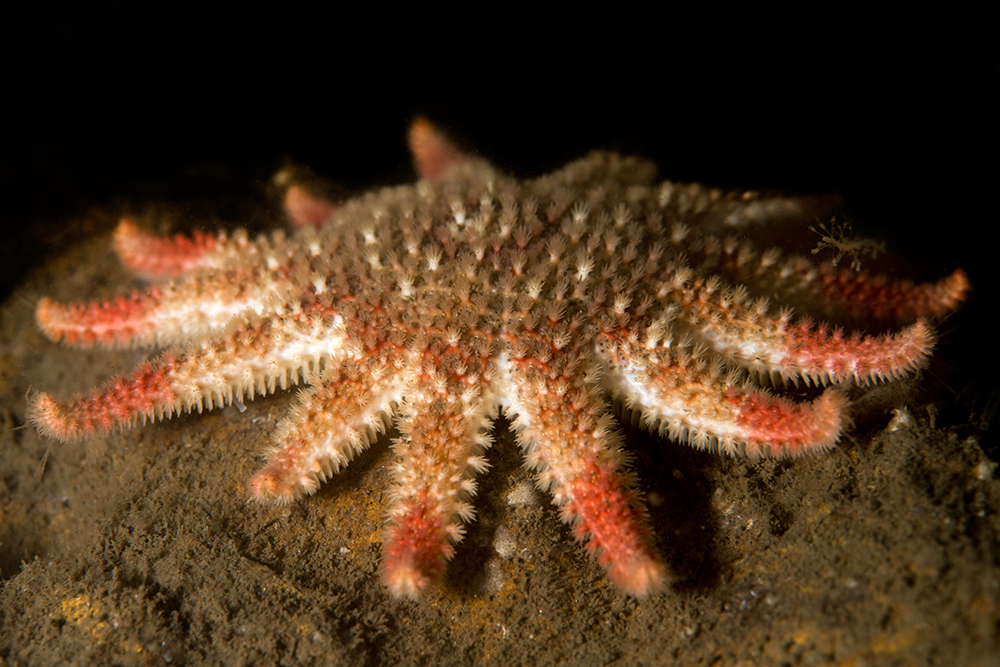