How to Breed Goldfish & Sell them for Profit (Earn Money through Spawning Goldfish at Home):

It is important to choose the fish that deposit more babies, fries have more chances of survival, & you can sell them quickly. Some fish are a bit tricky to breed. Goldfish is one of the tricky fish that needs patience & hard work for spawning, & it is impossible to reproduce them if you do not provide the best conditions.

How & where to Sell Goldfish:

It is not difficult to sell Goldfish because it is one of the most popular fish & has high demand. People keep goldfish in bowls, vases, aquariums & ponds so it is one of the fish that has a higher demand. Fish keepers will buy goldfish from you via an online business. It is important to have a good reputation by selling healthy fishes to buyers. Good reviews from buyers are important for a good reputation. Buyers will be ready to buy fish from renowned sellers. Do not cheat your buyers by offering an unhealthy fish because it could have a negative effect on your reputation. Another way of selling goldfish is to find local buyers.

Make a Blog, Facebook or Youtube Channel, & share pictures or videos of your young goldfish that you want to sell. Local & online buyers can contact you. Either handover fish to them or send them the fish through transportation. It will be easy to sell your fish to local buyers because they will have no problem in collecting them from you. However, for transportation, buyers will need to pay transportation charges. 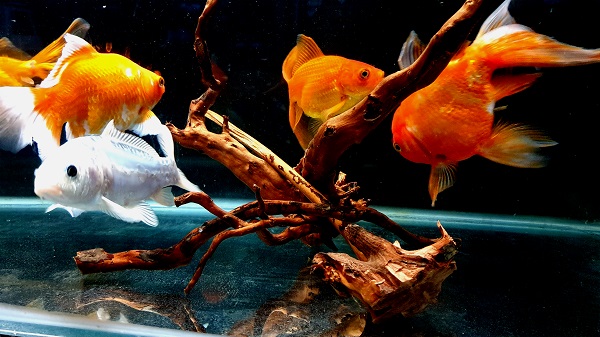 How to Breed and Sell Goldfish for Profit

How to Make Arrangements for Breeding Goldfish:

How to Setup Weather Conditions for Spawning Goldfish:

How to Setup Aquarium Lights for Goldfish:

How to tell the Difference between Male & Female Goldfish:

How to Release Eggs from Female Goldfish:

How to Mate Goldfish & Separate Eggs:

How to Raise Goldfish Babies: